With our mechanics lien release form, striking off that beastly lien from your property title will be a walk in the park.

Before Using Our Release of Lien Form, You Should Know These Facts

Before we drill any deeper, let's take a few seconds to clear up a few important matters.

To begin with, our mechanics lien release form below is for property owners who already have a nasty lien or two clinging onto their property title. When signed by the contractor, subcontractor or supplier who filed the lien, this form will undo the damage and give you back a crystal-clear title.

If you are looking for a form to prevent and ward off mechanic liens before they even happen, then you should be looking at lien waiver forms instead - Click here for our Lien Waiver Form.

Once someone files a Mechanics Lien Form against you, the claimant has 90 days to enforce the lien. The good news is that the lien claimants don't often take action and the lien becomes invalid. The bad news is that an invalid lien will still cloud your precious property title, and this will give you a world of pain when you refinance or sell the real estate.

To clear up this nasty cloud, you will need the claimant to sign a release of mechanics lien form ... or take the long winding path and petition the court for a release.

*Make sure this free release of lien form complies with your local real estate laws before using it. If you have any doubts, you can ask a real estate lawyer online.

On this day, personally appeared before me, _________________________, to me known to be the person(s) described in and who executed the within instrument, and acknowledged that he/she signed the same as his/her voluntary act and deed, for the uses and purposes therein mentioned. 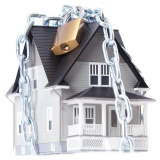 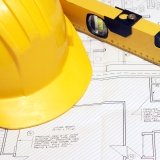